Max Verstappen took his fifth win in six races with victory at the Canadian Grand Prix, despite a late Safety Car that upped the pressure in the final 15 laps. With his two championship rivals enduring problematic weekends, Verstappen now has a gigantic 46-point lead at the top of the standings in a championship that now looks like his to lose.

Sunday's race began under glorious blue skies at the Montreal track after a wet Qualifying shuffled the order to have Fernando Alonso on the front row alongside Verstappen. The 40-year-old Spaniard made the most of his Alpine's newfound speed and drew upon 345 race weekends' experience to find grip on Pirelli's Intermediate tyre on Saturday to become a wildcard at the front.

However, without the variable conditions to assist Alonso, Red Bull's Verstappen eased into the first corner in first place, and the Dutchman controlled the opening laps without challenge. The drivers were mostly well behaved on Lap 1 at a circuit that has seen several first-lap incidents, and the top ten remained in the order they had begun the race. Unsurprisingly, as soon as DRS was enabled, Sainz passed Alonso to jump to P2 to chase down the leader. 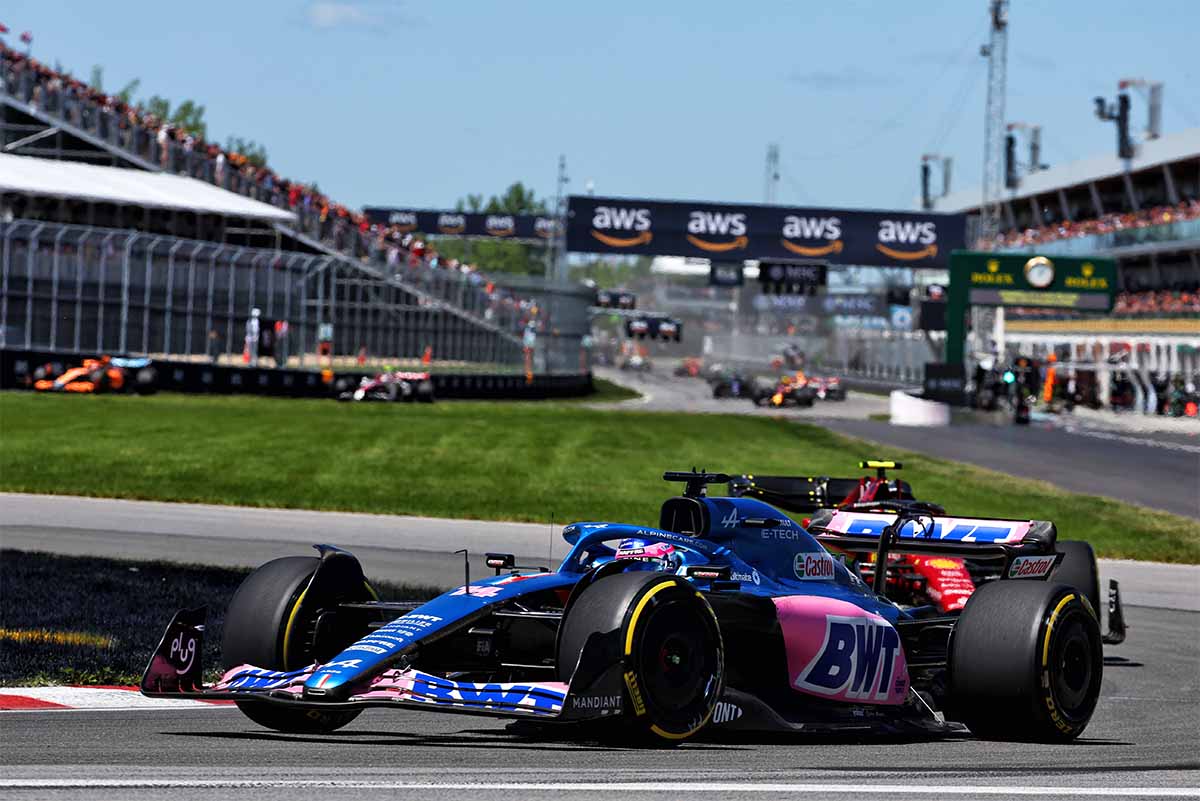 Meanwhile, at the other end of the grid was a recovering Charles Leclerc, who started from the back row after taking an engine penalty ahead of the race. The Ferrari driver started his Grand Prix on the Medium Pirelli compound to try and get early overtakes in on softer rubber than the cars around him. It worked, too, and Leclerc took one position per lap to run in P5 by Lap 15.

Verstappen's closest championship challenger going into the Canadian weekend was his teammate Sergio Perez, yet the Mexican struggled in the Qualifying rain to begin the race in P13. Although Perez had made up some places, his poor luck followed him into Sunday. His Red Bull's transmission failed on Lap 7 to make him the first retirement, triggering the day's first Virtual Safety Car.

It may have been early in the race, but Red Bull took the opportunity to pit Verstappen from the lead, as did Mercedes with Lewis Hamilton, who ran in P4. The 'cheap' stop would benefit both drivers, but they would need to make Pirelli's white-walled hard tyre last some 61 laps if they hoped to complete the race with a one-stop strategy. The race resumed with Sainz leading Alonso, who had Max Verstappen in hot pursuit. 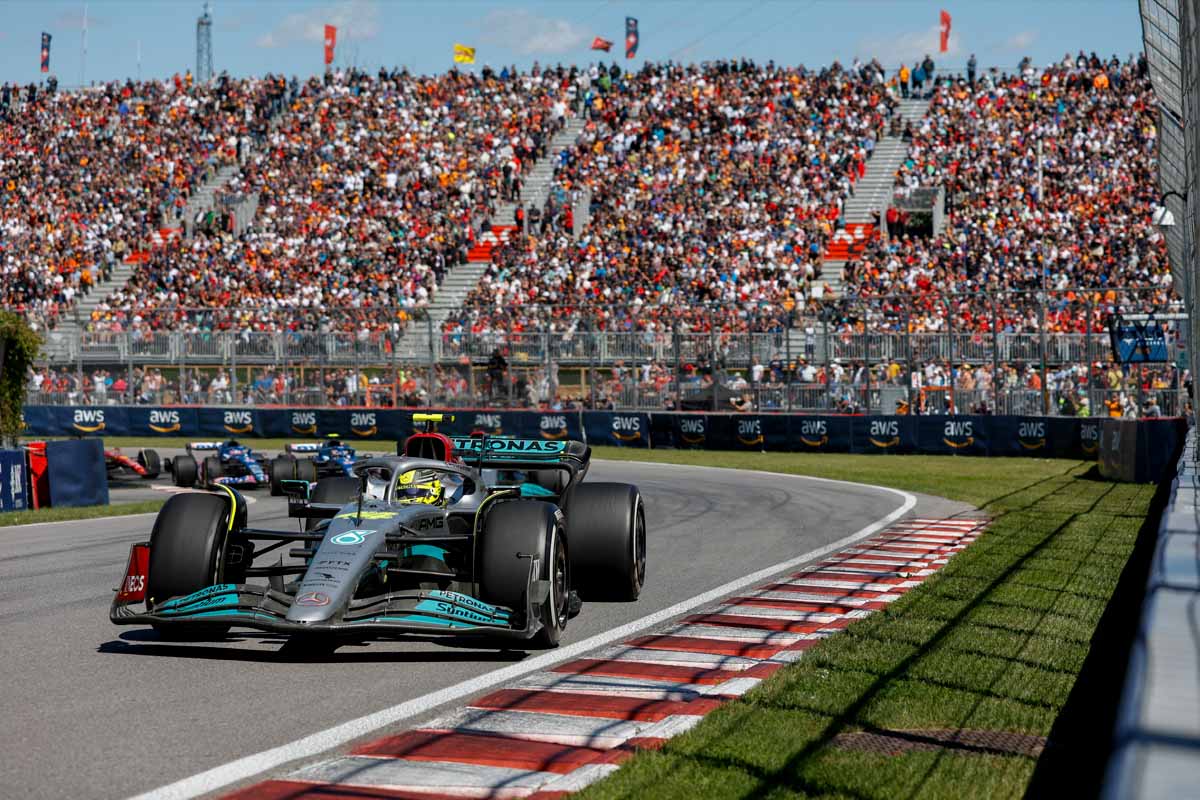 With the RB18's pace advantage and fresh tyres, Alonso soon fell victim to Verstappen. The championship leader now sat just 5.5s behind the lead, but without needing to stop again, unlike Sainz. However, there were only nine further laps of running before another VSC interrupted proceedings following Mick Schumacher's Haas stopping at the side of the track from P7.

Most drivers who hadn't stopped at the first VSC took the second slowdown to switch their tyres, meaning they'd have more life left in their new Pirellis than those that stopped earlier. Sainz was one who took advantage of the VSC to pit and re-entered the track just in front of Hamilton to sit in P3, thanks to Alonso not stopping despite running 21-lap old tyres.

The life left in the Pirellis soon became the hot topic of the race. Alonso managed to go until Lap 29 on his set, looking to make a one-stop strategy work. But the unambiguous radio messages from race leader Verstappen indicated that more pit stops would come. "Tyres are really starting to struggle, mate," and other complaints showed that even the hard tyres probably couldn't run the 60+ laps he had hoped for earlier. 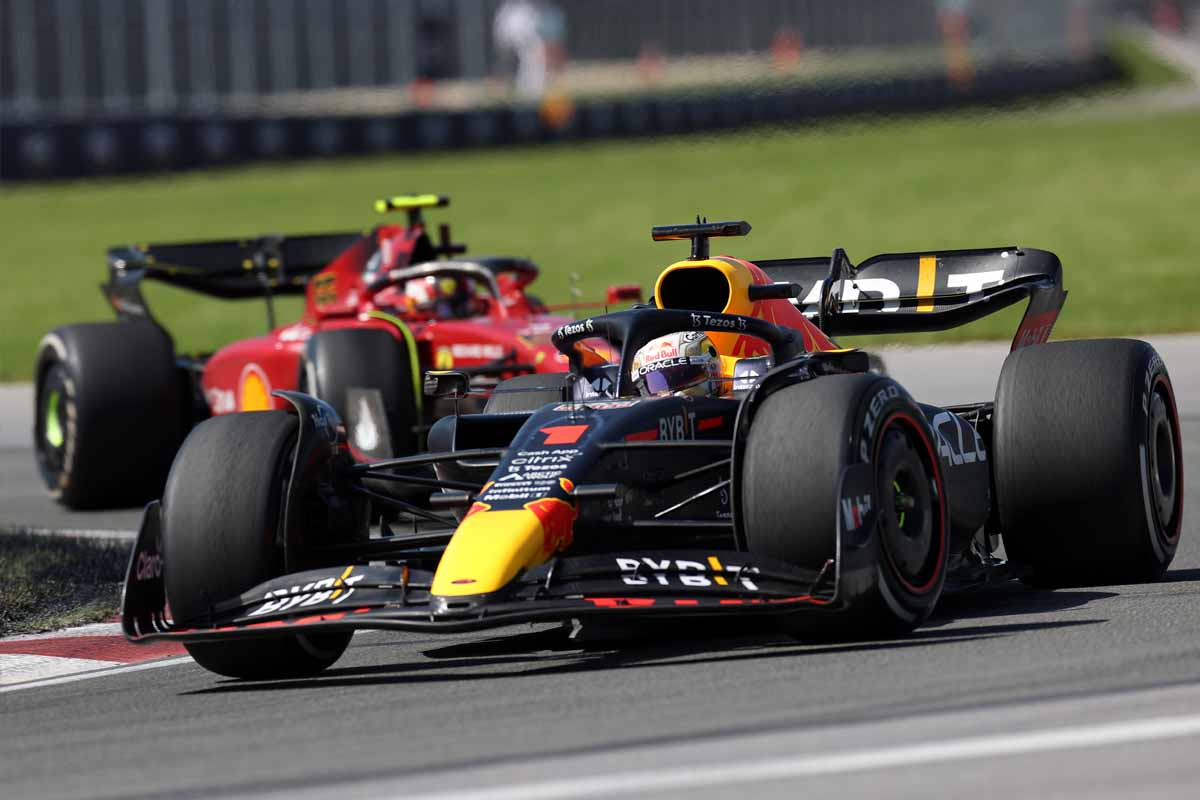 At the back, Leclerc had managed to get to Lap 42 on his first set of Pirelli hards before pitting but returned to the track behind a DRS train headed up by home driver Lance Stroll. Seeing that Leclerc's Ferrari did could make it any longer, Red Bull called in their remaining driver, putting him on another set of hards for the final 27 laps. By doing so, they relinquished the lead to Sainz – something they wouldn't have had to do if they waited for just six more laps.

Yuki Tsunoda went too hot out of the pit lane to crash into the barriers, requiring a Safety Car to assist the recovery effort. Unsurprisingly, Ferrari jumped on Tsunoda's error to call in Sainz. The Spaniard would fall to P2 but would run the race's final laps with fresher Pirellis, which could help him reel in Verstappen.

When the Safety Car period ended at the start of Lap 55, Max had 15 laps to fend off an aggressive Sainz equipped with grippier tyres. He waited until the final chicane to restart his full-speed running and timed his acceleration to perfection. Sainz remained close enough to benefit from DRS for lap after lap, but the reigning champion was always just out of reach, mainly thanks to his car control when exiting the Turn 10 hairpin.

Verstappen crossed the line just under a second ahead of Sainz to extend his championship lead, with Hamilton coming home in third for his first podium finish since the season opener. Leclerc eventually found his way to P5, just behind George Russell, while Alonso fell back to P9 after failing to make his ambitions strategy work. F1 now has a week off before taking to Silverstone at the start of July, where it'd be foolish to bet against anyone but Verstappen to triumph. 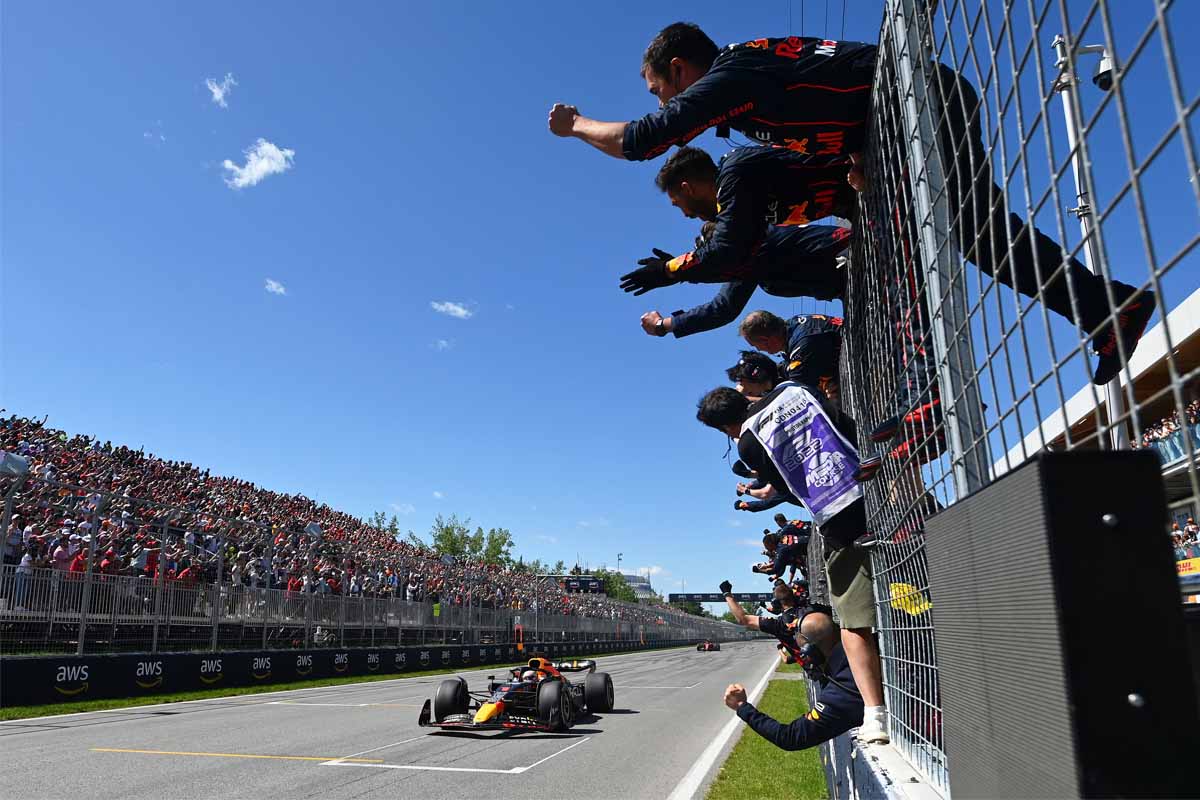 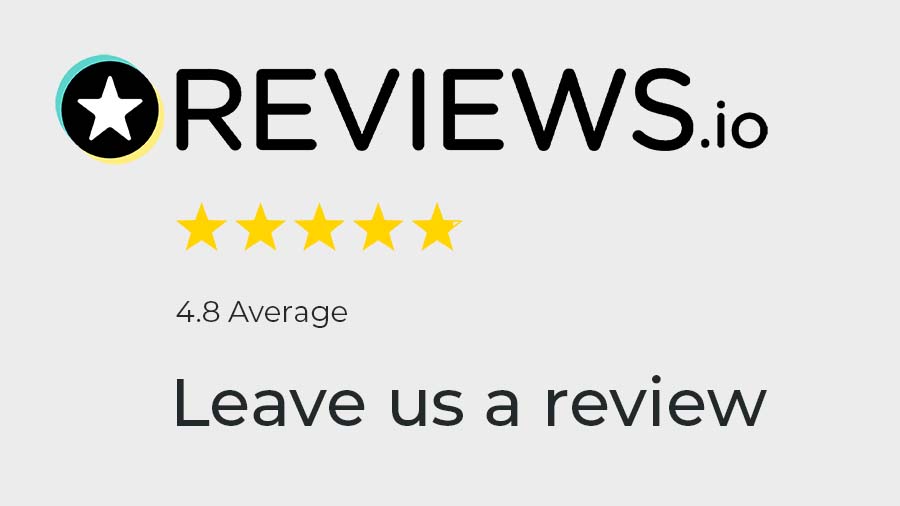 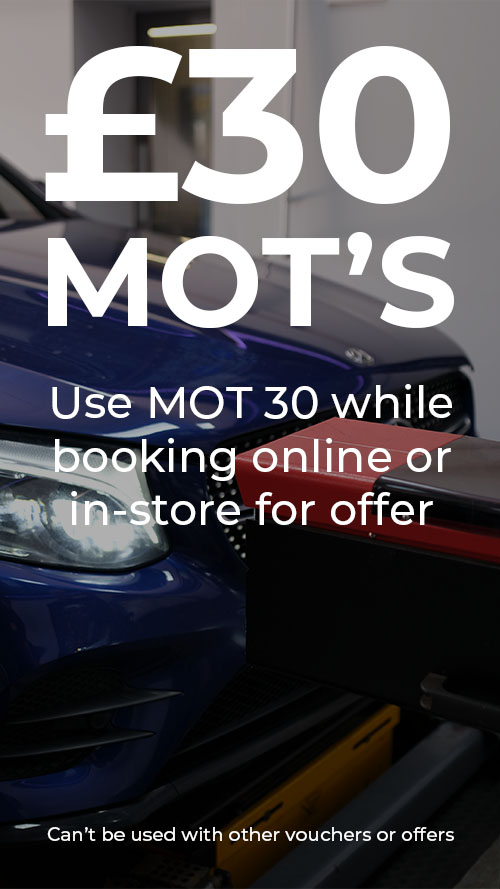 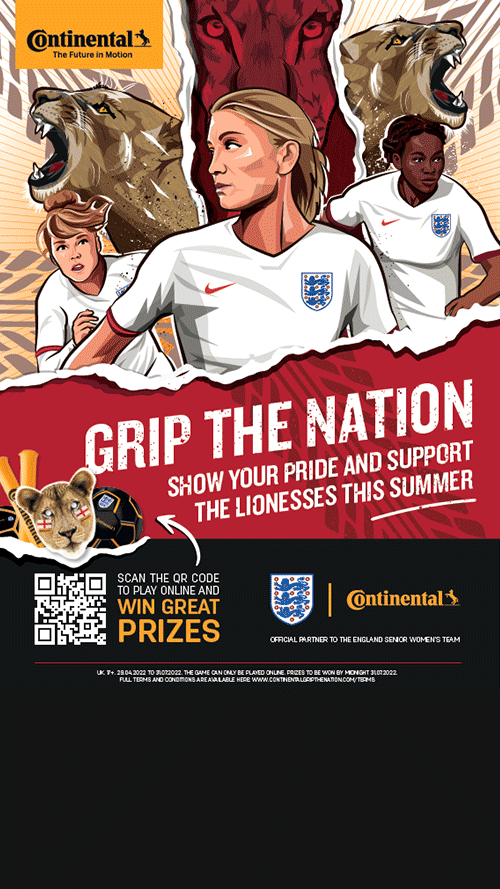 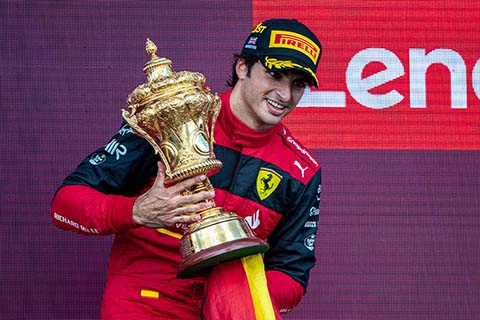 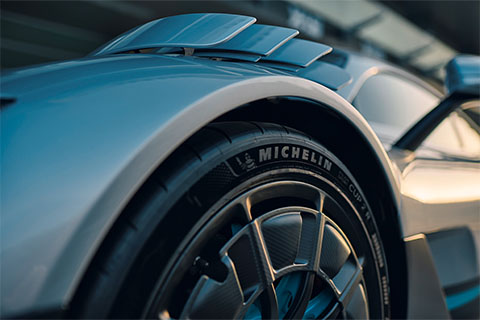 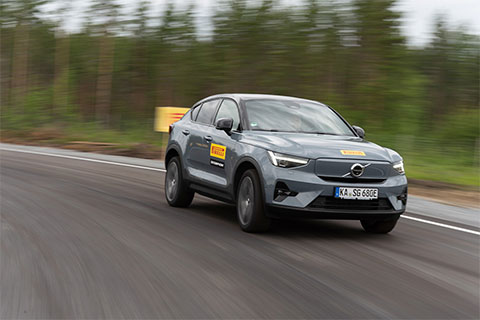 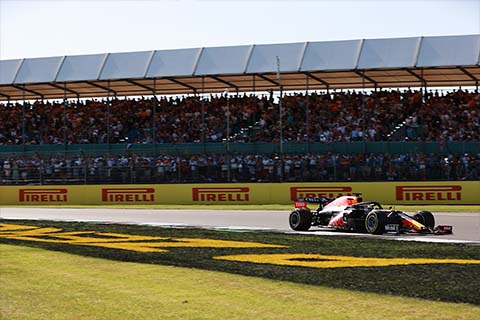